History of Internet and Web browsers:

The internet is a worldwide collection of separate, but interconnect, networks that are used daily by million of people to obtain information, disseminate information, access  entertainment, or communicate with others. ARPANET was created in 1969  by US Department of Defense Advance Research Project Agency. The one major objective of them is to be created a computer network that would allow researchers located in different places to communicate with other. Secondly to build a computer network capable of sending or receiving data over a variety of paths that network communications could continue even if parts of the network was destroyed such as nuclear attack or natural disaster. In an initial stage they use four supercomputers to connected as they grew during first year they enabled researchers, some academic institutions to communicated with each other and government agencies on mutual interest. In next decade they college and universities work with it that become the local area network city to city connectivity. These days internet for variety of purposes like researching, exchanging email, instant messaging, group discussion, videoconferencing, making telephone call, downloading different software, music, watching TV any more facilities available to access our knowledge and discuss with other people in any part of the world.
Web browsers are the software used to access over the internet in other words we can said that retrieving, presenting and traversing information on world wide web. Their so many web browsers are available in market to access internet but some them are most recommend by the users and some internet browsers are also antivirus system to prevent from virus or malware. In 1993 first web browser named as Lynx has been launched. In next year 1994 the make new browser name as Mosaic Netscape and Opera. In 1995 Internet Explorer, in 2000 Mozilla and many more but these are most using web browsers used these days 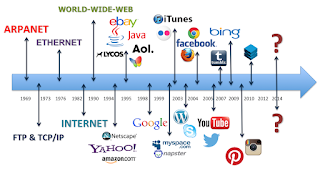 It is defined as a site that creates a community of individuals with common interests. The most common social networking sites these days are Facebook, Twitter, MySpace. These allow users to post information about themselves for others and allow to read, connect with common hobbies and interest people, sharing videos like YouTube, Flicker for sharing photos. Social Networking sites are part of web based applications and services referred to as Web 2.0 applications. It allows us collaborate and share information online and connect with existing and make new friends. 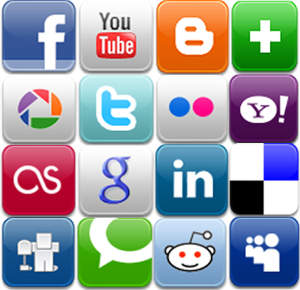 Email stands for electronic mail.Its also said as modern post office like we write our mail online and write subject on it and write message and  send to the destination without paying any fees. Their are most common email websites used named as Gmail, Yahoo, Hotmail and many more provide us free web mail system over the internet.

wikis is one kind of the software use to create websites which help us in accessing and editing by many individuals by using web browsers. These days teachers used wikis to interact with students in groups project. Blog is a shortened version of website which means online journals, These days teachers used different blogs to interact with student, their are million of blogs available to read and put their comments on them. Blogs are generally written by single author and are arranged listing of entries on a single page and most recent entry come on the top of the the list.It can be access through any where with any kind of web browser. 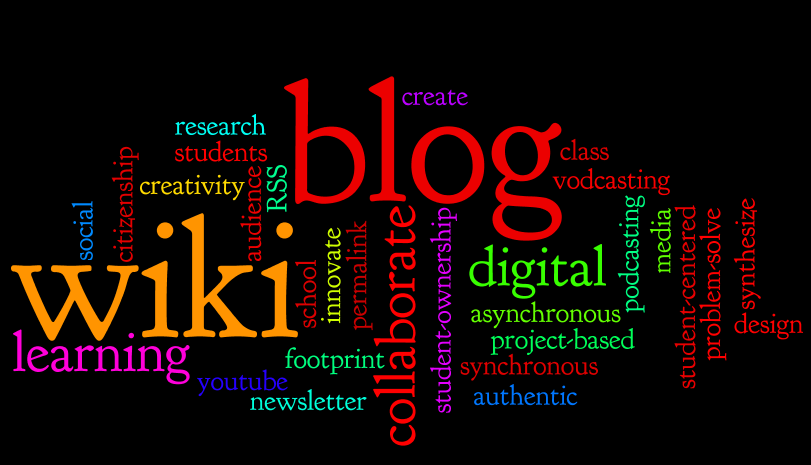 Podcasts and Webcasts:
Podcast is a form of digital media comprised of series or audio or video files that distributed over the internet. Podcast producers use personal or workplace computers to combine voice, music and sound effects into a composition that tells a story or expresses opinion on a social issue or trend. Some podcasts also use video. Usually, a podcast centers around a specific interest of the producers and the audience.  Reviews, humor, ruminations, poetry, reflection, gossip and personal interviews might be featured or included in snippets or segments. Audience members listen through websites or players provided by outlets like iTunes, YouTube or Sound-cloud. Online news and radios sites offer of podcasts of their program. We create our own podcasts by simply record any audio by using microphone and if we want to make video one by using webcam. after recorded need to export it to MP3 format.
While Webcasts is differs from a podcast because the recorded event usually includes live spectators in addition to an online audience. Webcasts might also include tools for audience interaction. The audience either watches online as the featured event occurs or downloads a recording afterward. Events that are often webcast include speeches, games, church services, television shows and classroom lectures. 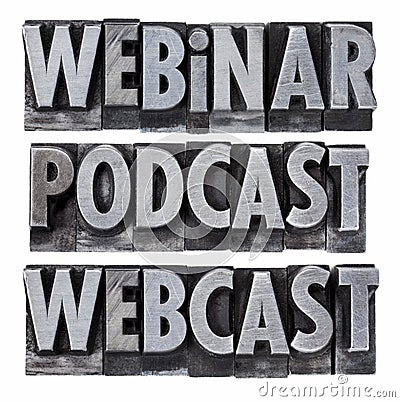 Steaming media is any audio and video that continuously fed to your browser you avoid  having to wait  for the entire file download completely before listing or watching it. In other words  we say that Streaming media is video or audio content sent in compressed form over the Internet and played immediately, rather than being saved to the hard drive.With streaming media, a user does not have to wait to download a file to play it. Because the media sent in a continuous stream of data it can play as it arrives. Users can pause, rewind or fast-forward, just as they could with a downloaded file, unless the content is being streamed live. E- commerce stands for electronic commerce, its mean that the process of buying or selling goods, products and services over electric median such as internet, telephone and email. E-commerce was originally identified with the development of Electronic Data Interchange (EDI) and Electronic Funds Transfer (EFT) in the late 1970s, where businesses were allowed to send and receive commercial documents like purchase orders or invoices electronically. E-commerce uses other technologies such as supply chain management, Internet marketing, online transaction processing, ATMs, credit cards, inventory management systems, and automated data collection systems. While M-commerce stands for mobile commerce, its mean that the process of buying or selling goods, product and services over wireless handled devices such as cell phones or PDAs. Though M-commerce is a new term, it has become an instant hit and is also being called as the next generation e-commerce. M-commerce lets users carry out financial transaction using mobile phones and does not always require internet. It is has made the process of buying and selling products even easier due to a technology known as WAP (Wireless Application Protocol), which allows users to connect to the internet without dealing with the hassle of wires and electricity. Compared to M-commerce, E-commerce is more limited as it requires the use of a computer and internet connection, while mobiles work on satellites. Video conferencing is now available on mobile phones with 3G and 4G networks, without the hassle of internet. M-commerce however is costly compared to E-commerce.